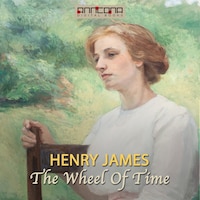 The Wheel Of Time

The Wheel Of Time is a short story by Henry James, first published two installments in the Cosmopolitan Magazine in 1892 and included in the collection The Private Life, published in 1893.

Fanny Knocker is a very, very plain young woman. She is introduced to the extremely handsome, thoroughly impoverished, younger son of an old family. What will transpire?

This tale relates another of Henry James’s symmetric situations, where obvious parallels or inversions are drawn between two characters or, in this case, two generations. Critics have had a field day, of course, with the inability of the central male characters to bring themselves to marry (ugly) women.