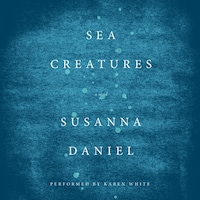 When Georgia Quillian returns to her hometown of Miami, her husband, Graham, and their young son in tow, she is hoping for a fresh start. The family has fled Illinois trailing scandal and disappointment, the fallout from Graham's severe sleep disorder and Georgia's failed business. To make matters worse, their charming three-year-old son, Frankie, has for months refused to speak a word.

Although Georgia is still grieving her mother's death from five years earlier, her father and stepmother offer warm welcome—and a slip for the dilapidated houseboat Georgia and Graham have chosen to call home. On a lark, Georgia takes a job as an errand runner for a reclusive artist who lives in the middle of the bay, and she soon finds that time spent with the intense hermit might help Frankie find the courage to speak, and might also help her reconcile the woman she was with the woman she has become.

But when Graham leaves to work on a research vessel in Hurricane Alley, and the truth behind Frankie's mutism is revealed, the family's challenges return, more complicated than before. As a hurricane bears down on South Florida later that summer, Georgia must face the fact that her choices have put her only child in grave danger.

Sea Creatures is a mesmerizing exploration of the high stakes of marriage and parenthood, the story of a woman forced to choose between her husband, her child, and the possibility of new love.