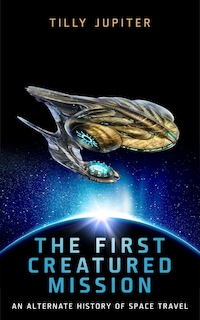 The First Creatured Mission: An Alternate History of Space Travel

19 pages
TypeE-book
LanguageEnglish
Categories
NovelsHumoristic NovelsScience FictionComedy & HumorHumoristic Novels
Share this book
Although HAM was the first US astronaut, at one point in history it seemed inevitable that the first deep space pilots would be humans. Of course, we know that things didn't work out that way. This is the story as it unfolded, included the real story of Tolan's flight and his dirty jokes. This is the story of space exploration gone different.

In the entire history of space exploration to that time, missions had been divided into ”manned" and "unmanned." Given the flights of Ham and Tolan, the nomenclature was clearly misleading and inappropriate. But for the short hops they made, no one had made a fuss about it (and, in the barbaric age of Ham’s flight, the feelings and sensibilities of other primates hadn’t even been seriously considered).

The advent of Clyde Ector as the astronaut, and the prestige of the mission—the fact that the craft would be carrying a sentient being who was not a "man" into deep space for the first time—precipitated a new crisis over the mission terminology. You may recall the angst that was aired at the time. Clearly, a change was necessary, as "manned" was inaccurate and no one at all was interested in "primated" missions, especially with the looming possibility of the future inclusion of other, non-primate, species. After many polls, committee meetings, and global summit conferences, the term "creatured" was adopted. While no one really liked the term, it offended no one and was, therefore, deemed the least bad. Thus, by definition, it was a political triumph, if a linguistic abomination. Fortunately, linguists, as a group, do not tend to vote.

Given that the state of our technology allowed sending only a single astronaut on this mission, the challenges the astronaut faced were formidable. Clyde never wavered. He demonstrated a willingness to make the immense personal sacrifices that the long and lonely trip would require. He even broke up, amicably, with Giggles, the gorgeous (but rather vain) pop singer who was his girlfriend at the time. They both knew and accepted that it was uncertain when, if ever, Clyde would return. Even if he got back, no one knew for certain what their respective ages would be. That remained something to be determined empirically. Besides, Giggles had her career to think about—her subsequent streaming video was entitled: "Lost My Boyfriend to Outer Space." Naturally it became an anthem for teen love.

The enormity of the project strained the resources of the US space effort. Fortunately, several friendly governments saw the scientific value in it, and contributed significantly (with money and technology) to making it happen. A coalition of particularly clever gibbons and snub-nosed monkey in China won the contract to build the cabin itself, based on their assurance that they could make it entirely simian suitable (an ergonomic term that came quite into vogue for a time due to their efforts, inevitably spilling over into home construction and automotive design). In their eagerness to be involved, they made a bid below cost.

In an industrial park in Costa Rica, a startup venture of some Central American squirrel monkeys (who prefer to be referred to by their Latin name of Saimiri oerstedii) formed a partnership with a giant electronic chip manufacturer to build the command-and-control equipment. They won that contract fair and square by developing switches and dials that proved completely imperious to banana and coconut being ground into them.

The level of enthusiasm that drove this particular space effort proved unstoppable. Primates from around the globe donated their talent, time and money to ensure it would happen without a hitch. Monkeys were especially proactive and, of course, some of those efforts made a few monkeys suddenly quite rich and famous.