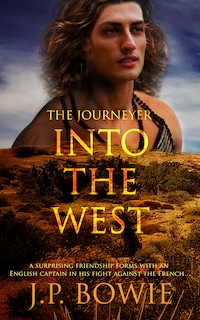 Jamie and Tanaka encounter an English encampment adjacent to a Choctaw village and, much to Jamie’s amazement, are welcomed by the commander, Captain Matthew Garland, and his companion, Nashoba, a Choctaw chief. Before long, Jamie and Tanaka are involved in yet another confrontation with the French, this time on the side of the English. Jamie, at first wary of the affable Captain Garland, soon begins to see that the man is honorable and a good leader of his men.

When they reach their objective, Fort Bligh, they find it commanded by a drunken Colonel Fowler, and Matthew is forced to assume command. The fort is attacked by a large French army, the leaders of which are already infuriated by Jamie, Tanaka and the Choctaw scouts’ successful attempts to harass the army’s approach.

But the danger they all face comes not only from a common enemy, but also from within their own ranks when a humiliated officer intends to punish Matthew for his supposed treason.

Can Jamie and his friends save Matthew from a deranged man out for revenge, or will grief overshadow victory?