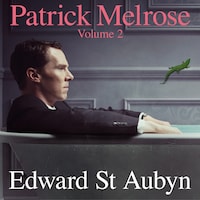 The once illustrious, once wealthy Melroses are in peril, and Patrick Melrose, now a husband and father, is trying to gather together the pieces of his life. Caught up in the turmoil of broken promises, assisted suicide, adultery and – most tender and terrifying of all – fatherhood, Patrick is still a long way from salvation, but even as the family struggles against the pull of its dark past, a new generation promises new light, new hope and – perhaps – the promise of a brighter future.