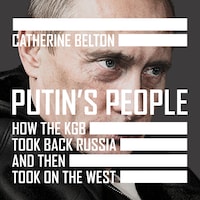 The notes section for this audiobook is available on the HarperCollins website.