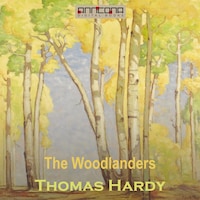 The Woodlanders is a novel by English author Thomas Hardy. It was serialised 1886-87 in Macmillan's Magazine and published in three volumes in 1887. It is one of his series of Wessex novels.

The Woodlanders is one of Hardy's later novels, although he originally intended it as a successor to Far From The Madding Crowd.

It concerns the life and loves of Giles Winterborne, Grace Melbury, Edred Fitzpiers, Felice Charmond and Marty South. The topics of class, fidelity and loyalty are dealt with in Hardy's exquisite style and set in the beautiful woodlands of Hintock.

The novel was later classified by Hardy for the Wessex Edition of his works in the primary group of ”Novels of Character and Environment”. Yet despite it being regarded as one of Hardy's major novels, the novel is 'something of an anomaly', in comparison with the tragic depth of both its predecessor The Mayor of Casterbridge and its successor Tess of the D'Urbervilles.

The Woodlanders was widely praised. It was declared by the Saturday Review in April 1887 to be, ”the best [novel] that Hardy has written”, by Sir Arthur Quiller-Couch, ”his loveliest if not his finest book”, by William Lyon Phelps, ”the most beautiful and most noble of Hardy's novels”, and by A. Edward Newton, ”one of the best novels of the last half century”.

The novel remained a personal favourite of Hardy's. Newman Flower recounted that Hardy named it to him as his ”favourite novel”, and 25 years after its publication, Hardy wrote that, ”On taking up The Woodlanders and reading it after many years, I like it as a story best of all.”