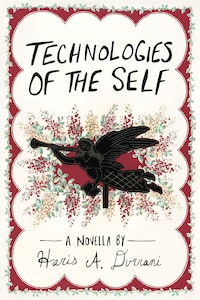 Technologies of the Self

In this timely and instantly notable fiction debut, Haris Durrani immerses readers in the life of a young American Muslim struggling to understand himself in the context of his family, classmates, and contemporary urban life.

Engineering student Jihad, or “Joe” as he introduces himself in the confusing intersections of post 9/11 New York City, finds himself on a personal quest of possibly a spiritual nature, even if he isn’t sure that’s what it is – after all, it’s hard enough to keep halal in his Dominican-Pakistani-Muslim Washington Heights household.

He’s surprised to find himself in the stories his Uncle Tomás tells of his own youth, stories in which Tomás fights both the devil and the weaknesses of the flesh – often at the same time. Culture, nation, religion, family, identity, race, and time battle for dominion over Jihad until he realizes he is facing the same demon his uncle claims to have defeated, and all Jihad has to fight with is himself.

Durrani's stories, memoirs, and essays have appeared in Analog Science Fiction and Fact, The University of Toronto Undergraduate Journal of Middle East Studies, The 2014 Campbellian Anthology, The New York Review of Science Fiction, and The Best Teen Writing of 2012, 2011, and 2010. He writes monthly for altMuslimah and has appeared regularly on John Hockenberry’s NPR show The Takeaway.