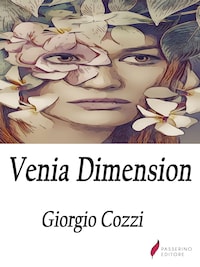 83 pages
AuthorGiorgio Cozzi
TypeE-book
Categories
BiographiesMemoirs
Share this book
Spoleto is a beautiful town of Roman origin. From the village on the plain, go up to the Rocca, where the oldest part is found with the Duomo and the historic buildings. The hill of Spoleto connects with a hill in front through a very high Roman bridge, scene of so many suicides. One day a little girl walks along the road that surrounds the top of the hill and looks towards the bridge, as she had done on so many other occasions, but that time will remain etched forever in her mind.
Suddenly, in fact, a woman climbs onto the wall, right in the central point where there is an arch that allows you to admire the interior valley.
It is a moment, then the woman throws herself into the void. The astonished little girl observes the scene as if it were taking place in slow motion and sees that body split, one falls fast, the other, white and milky, falls gently, distancing itself more and more, then settles on the woman's lifeless body, smashed after a flight of seventy meters. Finally, it flies upwards and dissolves.
The little girl runs to warn the people of the village of what happened, but only to her family tells what she saw, because she knows that she would not have been believed, as had happened for so many other things that only she could see.
The lived experience, therefore, kept her for herself and for the limited circle of people who knew of the special qualities she had revealed since she was a child. When she talked to me about it she was already a mother of three children, a spiritual researcher, an experienced psychic.

Giorgio Cozzi lives in Milan where he works as a senior trainer in a multinational organization.