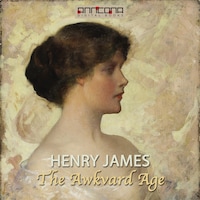 Originally conceived as a brief, light story about the complications created in her family's social set by a young girl coming of age, the novel expanded into a general treatment of decadence and corruption in English fin de siècle life.

James presents the novel almost entirely in dialogue, an experiment that adds to the immediacy of the scenes but also creates serious ambiguities about characters and their motives.

Many critics see the novel as parallel in theme and setting to James's earlier novel What Maisie Knew, with Nanda as a slightly older version of Maisie.