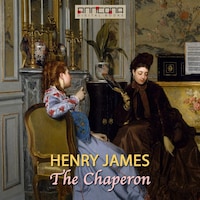 The Chaperon is a short story by Henry James, first published in 1893.

What on earth is a girl to do when London society has convicted her mother of a dreadful sin and has ostracized her?

If blood is thicker than water, and the daughter remains loyal to her erring parent, how far will affect her own standing in society (and most important, of course) in the marriage market that is controlled by that society?

This is the problem facing Rose Tramore and it will take all her charm -- and perseverance -- to solve it.