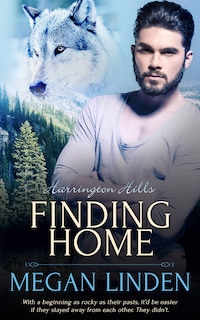 With a beginning as rocky as their pasts, it’d be easier if they stayed away from each other. They didn’t.

Leo Tomilson has come back to Harrington Hills after a fire that changed his life forever, and all he wants is to be left alone. No longer being a firefighter is something he might learn to live with, but there are days when he doesn’t even feel like a proper werewolf anymore. That cuts deeper than anything else.

Charlie Dewitt is as reliable as they come in Harrington Hills. Ever since he put down roots in this town, he’s never wanted to leave. His brother is here, his pack is here and so is his life. He has everything he needs. Not everything he wants, perhaps, but that’s fine.

Their first meeting is a mess because they clash over a series of misunderstandings. But Charlie is a patient man, Leo sees in him what most people miss and neither of them are good at taking the easy way out, so maybe there’s a chance for…something, after all.