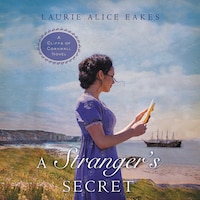 “With a fabulous mix of emotionally complex romance, gothic suspense, and characters who will stay in readers’ minds long after the book is finished, A Stranger’s Secret is a compelling, mystery infused love story that any historical romance lover will enjoy.” —Dawn Crandall, author of The Hesitant Heiress, The Bound Heart, and The Captive Imposter