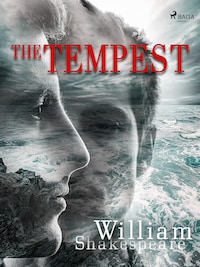 67 pages
AuthorWilliam Shakespeare
TypeE-book
SeriesWorld Classics
Categories
NovelsRomanceCrimeCrime NovelsFantasyHorrorRomanceRomanceClassicsDrama
Share this book
On a distant island, Prospero waits.
The noise of thunder, flashes of lightning and a swelling sea, this tempest sets the stage for William Shakespeare’s most enigmatic play. As we meet characters and creatures set in a world far from our own, we still encounter universal themes of freedom, power and control.
After years of planning, Prospero finally seizes the opportunity for vengeance as his feud’s ship is destroyed and the waves wash its sailors ashore. Even his own daughter Miranda is plotted in Prospero’s revenge scheme, leaving the reader wondering if his vicious plan will ever end. Not only is this play clearly concerned with its own nature as a play, but it is also Shakespeare's farewell to the stage. Do not let the opportunity to discover this monument in Western literature pass you by!
For fans of Margaret Atwood and Lois Lowry. William Shakespeare (1564-1616) is widely considered the world's greatest dramatist and is often referred to as England's national poet or the Bard. Most famous for his timeless plays, he also wrote a multitude of poems and sonnets. Shakespeare was the blockbuster writer of his day, his many works concerning universal themes of life, love, death, revenge, grief, jealousy, murder, magic, and mystery. Among some of his most famous are ”Macbeth”, ”Romeo and Juliet”, and ”Hamlet”, but the list is long, and many continue to be studied and performed, both their original form and modern adaptations.