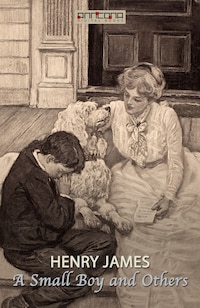 A Small Boy and Others

A Small Boy and Others is a book of autobiography by Henry James published in 1913.

The book covers James's earliest years and discusses his intellectually active family, his intermittent schooling, and his first trips to Europe.

A Small Boy and Others has enjoyed mostly favorable commentary. Critics have appreciated how James speaks honestly about his childhood hesitancies and feelings of inadequacy. James narrates many stories of his family life and his desultory, sometimes erratic education with welcome humor and unfailing grace.