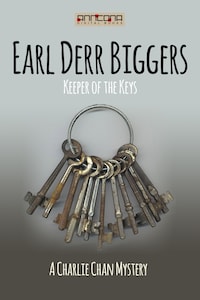 Keeper of the Keys

Keeper of the Keys (1932) is the sixth and last mystery in the Charlie Chan series of Earl Derr Biggers; Biggers was planning on continuing the series, but died in 1933 before he could. The films continued the series for him.

Once again, the setting of the novel is rural California, where Chan has been invited as a houseguest. He meets a world-famous soprano, Ellen Ladona, who is murdered not too long after the meeting. Chan does not have far to look for suspects—the host is her ex-husband, as are three of the other house guests. Her servants, entourage and husbands all come under suspicion. Once again, Chan is expected to solve the murder, which he does by understanding the key clues….

This was the only one of Biggers' Chan novels never to be adapted into a film, while some of the others were used more than once to create films. However, it was adapted into a short-lived Broadway play in 1933, with William Harrigan playing Charlie Chan.