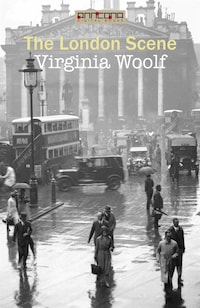 The London Scene is a collection of essays by the English writer Virginia Woolf. The essays are an exploration of early 1930s London.

The original five essays that make up The London Scene ("The Docks of London", "Oxford Street Tide", "Great Men's Houses", "Abbeys and Cathedrals" and "This Is the House of Commons") were originally published by Good Housekeeping magazine in 1931 and 1932, and published collectively by the Hogarth Press as The London Scene in 1975. A sixth essay, "Portrait of a Londoner," was rediscovered in 2004, and printed in The Guardian newspaper It was subsequently included in reissues of The London Scene.