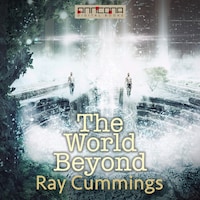 The World Beyond is a science fiction short story by American author Ray Cummings.

Out of nowhere came these grim, cold, black-clad men, to kidnap three Earth people and carry them to a weird and terrible world where a man could be a giant at will.

Lee Anthony finds himself and two of his friends kidnapped and taken on a very strange voyage.

The World Beyond was first published in Amazing Stories in July, 1942.