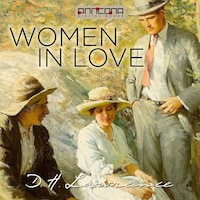 As with most of Lawrence's works, Women in Love caused controversy over its sexual subject matter. One early reviewer said of it, "I do not claim to be a literary critic, but I know dirt when I smell it, and here is dirt in heaps—festering, putrid heaps which smell to high Heaven." It also later stirred criticism for its portrayal of love, denounced as chauvinistic and centred upon the phallus by Simone de Beauvoir in The Second Sex.