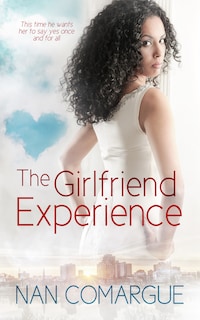 According to Zachary, Leda always says yes—and this time he wants her to say it to him, once and for all.

Leda’s life is at a low point—jobless and living with her aunt and her aunt’s husband in Heart Lake, Saskatchewan, far away from the hustle of the city. Her only link to that more exciting world is her aunt’s husband’s son, Zachary Benson. But Zach is a hard person to get to know and an even more difficult person to like, so Leda is shocked to learn Zach’s had a crush on her for years.

Since her aunt married his father a decade ago, Zach has never been particularly nice to her, mocking her for being a people pleaser who only says yes. But it turns out he wants her to say yes to sex with him over and over again, for as long as it takes for him to get her out of his system.

Leda is willing to go along with the unusual plan on the condition that it won’t involve any threat to her heart. Since her parents’ deaths, she has armored herself against losing anyone else she loves, and that makes her determined to never love again. But the more nights she spends with Zach, the harder it is going to be for Leda to keep that promise.