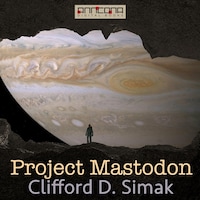 Project Mastodon is a science fiction short story by Clifford D. Simak, first published in March 1955 in the Galaxy magazine.

Clifford Simak deals with the implications of time travel in his own unique way in this story.

What if a group of guys did it on their own, without any help from government or industry? On a shoestring,so to speak?

Would anyone believe them? What would you do if you could go back 150,000 years to a time when mastodons and saber toothed tigers roamed North America? And what happens when they run out of money?
All these questions are explored in the usual humorous, wry Simak way in this story.